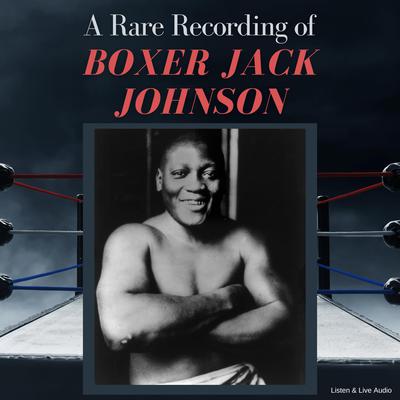 In this recording, Johnson discusses his July 4, 1910, "Fight of the Century" victory over former undefeated heavyweight champion James J. Jeffries, in front of 20,000 people, at a ring built just for the occasion in downtown Reno, Nevada.

In this recording, Johnson discusses his July 4, 1910, "Fight of the Century" victory over former undefeated heavyweight champion James J. Jeffries, in front of 20,000 people, at a ring built just for the occasion in downtown Reno, Nevada.

Twenty-year-old Jack Johnson, known to his combined 14+ million social media followers as one half of the duo Jack & Jack, has been best friends with his counterpart since kindergarten. His classroom antics are now lore but were the springboard for a career only he could have imagined. The summer before his senior year in high school, he began making Vines consisting of both comedic and musical content and within months propelled himself into the hearts of millions of loyal fans. His first viral Vine with Jack G, “Nerd Vandals,” was hailed by the Huffington Post as “a perfect Vine.”

Since then, as a part of Jack & Jack, he has independently released eleven original singles, all of which charted on iTunes, and a debut EP, Calibraska, which rose to number one on iTunes. With eleven of their fifteen singles appearing on numerous Billboard charts, they have sold nearly two million singles and have over 100 million music streams. They have over 100 million views on their YouTube channel, a 2015 Streamys Entertainer of the Year nomination, and a 2015 Teen Choice Award nomination for Choice Web Star: Music. In 2015, a Forbes magazine article heralded the way Jack & Jack are “changing the playing field of pop music.”

With a career that’s taking him all around the world on sold-out tours, this is just the beginning for Jack Johnson.