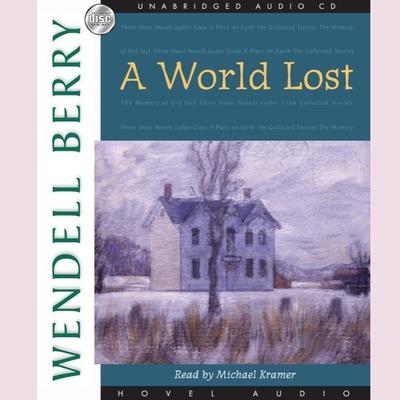 It is the summer of 1944, and nine-year-old Andy Catlett is engrossed in the wide easy countryside near Port William, Kentucky. But sadness, loss, and mystery invade Andy’s world on a hot July afternoon when his Uncle Andrew is murdered.

It is the summer of 1944, and nine-year-old Andy Catlett is engrossed in the wide easy countryside near Port William, Kentucky. But sadness, loss, and mystery invade Andy’s world on a hot July afternoon when his Uncle Andrew is murdered.

“Wendell Berry is absolutely unique in American letters…Berry is uninterested in stylistic leaps or postmodern bravura: he is interested in a profound, well-told tale of honor and memory and community.” —Amazon.com, editorial review
“Brilliantly detailed characters and subtle social observations distinguish Berry’s unassuming but powerful fifth novel. [Berry] writes with the authority of a man steeped in the culture of a time and place…This is simple, soul-satisfying storytelling, augmented by understated humor and quiet insight.” —Publishers Weekly (starred review)
“Writing with his customary limpid grace, Berry transforms an elegy into a hope-filled hymn.” —Booklist (starred review)
“This gentle tale deals with big issues: grief, love, truth, and loss—and their effects on a young mind trying to grow.” —Library Journal
“Berry deftly balances Andy’s investigation into the town’s past with an equally moving portrait of his growing realization not only of the sustaining value of memory but of the manner in which people are shaped in enduring ways by what they love. This is a modest, resonant work, both a sharp portrait of a small farming town nursing its secrets over several decades, and a penetrating celebration of the hold of family on the imagination.” —Kirkus Reviews

Wendell Berry, an essayist, novelist, and poet, has been honored with the T. S. Eliot Prize for Poetry, the Aiken Taylor Award for Modern American Poetry, the John Hay Award of the Orion Society, and the Richard C. Holbrooke Distinguished Achievement Award of the Dayton Literary Peace Prize, among others. In 2010, he was awarded the National Humanities Medal by Barack Obama, and in 2016, he was the recipient of the Ivan Sandrof Lifetime Achievement Award from the National Book Critics Circle. He lives with his wife, Tanya, on their farm in Henry County, Kentucky.