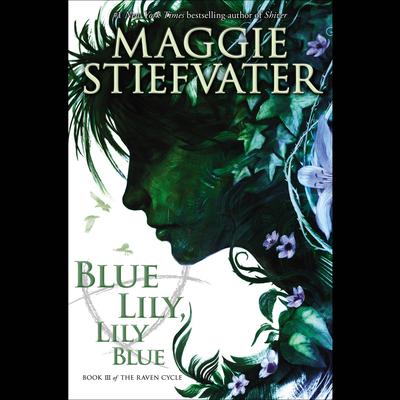 By Maggie Stiefvater
Read by Will Patton

One of Kirkus Reviews’ Best Books of 2014 for Teens

“As in the previous books, Stiefvater’s razor-sharp characterizations, drily witty dialogue, and knack for unexpected metaphors and turns of phrase make for sumptuous, thrilling reading. Curses, grisly secret plots, and romantic uncertainties leave Blue and company’s future feeling more fragile than ever. A brutal cliffhanger ensures that readers will snap up the final installment the second it’s available.” —Publishers Weekly (starred review)
“Teens will be anxious to see where Stiefvater next leads Gansey, Adam, Ronan, and Noah…Blue Sargent and the psychically talented women of 300 Fox Way take center stage this time…Throughout, the prose is crisp and dazzling and the dialogue positively crackles. The supernatural elements—magic, a mirrored lake, an evil curse, the appearance of Owen Glendower’s 600-year-old daughter—are completely organic, and suspension of disbelief is effortless due to the nuanced and affecting characterization. Blue and the Raven Boys come into their own over the course of the novel and realize their individual strengths and the power of their collective bonds, making them unstoppable. It’s a good thing, because it seems as though all hell is about to break loose in the final volume.” —School Library Journal (starred review)
“As the Raven Boys grow closer to their goal of finding the Welsh king Glendower, not surprisingly, problems arise in this third book of a planned four-volume series…Stiefvater weaves these separate threads together with a sure hand until magic seems expected yet never commonplace, always shimmering under the surface. Most credible and moving are the slow maturations of her characters—Adam comes to measure his worth in something other than money; Blue secretly phones Gansey in the night. If she kisses her f she kisses her true love, he will die.Expect this truly one-of-a-kind series to come to a thundering close.” —Kirkus Reviews (starred review)
“Include this audiobook from author Maggie Stiefvater and narrator Will Patton in your 2014 top-10 listening list…Patton masterfully wends through Stiefvater’s mercurial plot, following the line of a story that consistently takes surprising turns. In Stiefvater’s writing, Patton encounters some breathtaking language, which he matches with a delivery that make every phrase extraordinary. There’s a rolling rhythm to it not unlike Gansey’s beloved Virginia hills, which are bursting at the seams with myth and magic. Patton captures Stiefvater’s depictions of frail and temporary mortal life while nailing her clever humor. Don’t miss this one. Winner of the AudioFile Earphones Award.” —AudioFile

Maggie Stiefvater is the #1 New York Times bestselling author of The Scorpio Races and the Wolves of Mercy Falls trilogy. She is also the author of Lament and Ballad.