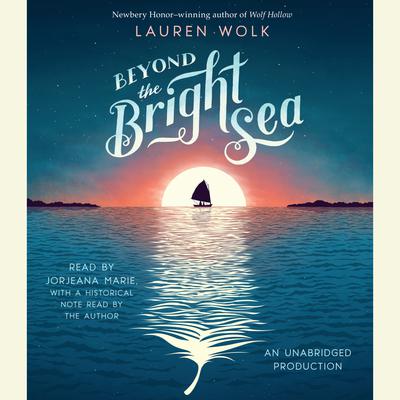 Beyond the Bright Sea

- Winner of the 2018 Scott O'Dell Award for Historical Fiction -

From the bestselling author of Echo Mountain and Newbery Honor–winner Wolf Hollow, Beyond the Bright Sea is an acclaimed best book of the year.

“The sight of a campfire on a distant island…proves the catalyst for a series of discoveries and events—some poignant, some frightening—that Ms. Wolk unfolds with uncommon grace.” –The Wall Street Journal
★ “Crow is a determined and dynamic heroine.” —Publishers Weekly
★ “Beautiful, evocative.” —Kirkus

The moving story of an orphan, determined to know her own history, who discovers the true meaning of family.

Twelve-year-old Crow has lived her entire life on a tiny, isolated piece of the starkly beautiful Elizabeth Islands in Massachusetts. Abandoned and set adrift in a small boat when she was just hours old, Crow’s only companions are Osh, the man who rescued and raised her, and Miss Maggie, their fierce and affectionate neighbor across the sandbar.

Crow has always been curious about the world around her, but it isn’t until the night a mysterious fire appears across the water that the unspoken question of her own history forms in her heart. Soon, an unstoppable chain of events is triggered, leading Crow down a path of discovery and danger.

Vivid and heart-wrenching, Lauren Wolk’s Beyond the Bright Sea is a gorgeously crafted and tensely paced tale that explores questions of identity, belonging, and the true meaning of family.

Lauren Wolk is an award-winning poet, artist, and author of novels for adults and young adults.