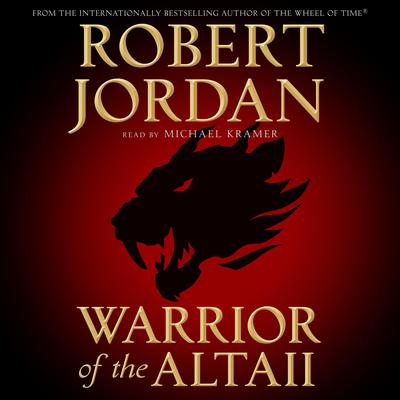 Draw near and listen, or else time is at an end.

The watering holes of the Plain are drying up, the fearsome fanghorn grow more numerous, and bad omens abound. Wulfgar, a leader of the Altaii people, must contend with twin queens, warlords, prophets and magic in hopes of protecting his people and securing their future. Elspeth, a visitor from another world, holds the answers, but first Wulfgar must learn to ask the right questions.

But what if the knowledge that saves the Altaii will also destroy them?

“Jordan has come to dominate the world Tolkien began to reveal.” —The New York Times

Explore Robert Jordan's epic fantasy masterpiece, and enter the realm of The Wheel of Time®

By Robert Jordan and Amy Romanczuk
Patterns of the Wheel: Coloring Art Based on Robert Jordan's The Wheel of Time

Recalls the work of Tolkien. —Publishers Weekly
This richly detailed fantasy presents fully realized, complex adventure. Recommended. —Library Journal
The most ambitious American fantasy saga [may] also be the finest. Rich in detail and his plot is rich in incident. Impressive work, and highly recommended. —Booklist
Hard to put down for even a moment. A fittingly epic conclusion to a fantasy series that many consider one of the best of all time. —San Francisco Book Review
Jordan has come to dominate the world Tolkien began to reveal. —The New York Times
The Wheel of Time [is] rapidly becoming the definitive American fantasy saga. It is a fantasy tale seldom equaled and still less often surpassed in English. —Chicago Sun-Times
For The Wheel of Time® —

Robert Jordan (1948–2007) was a native of Charleston, South Carolina. He taught himself to read at age four with the incidental aid of his older brother, and was tackling Mark Twain and Jules Verne by five. He was a graduate of The Citadel, The Military College of South Carolina, with a degree in physics. He served two tours in Vietnam with the US Army and received multiple decorations for his service. He began writing in 1977 and is best known for the internationally bestselling The Wheel of Time series, which is being adapted for television.