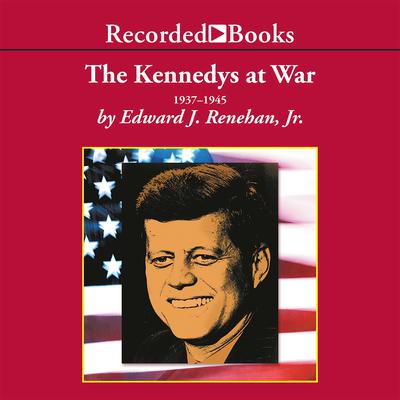 “Benefiting from the new information and hindsight, The Kennedys at War movingly captures the poignancy of America’s most-talked-about family as they grapple with the difficult challenges of the Second World War. Reported with great integrity, this compelling saga deserves a wide readership. A truly first-rate study.” —Douglas Brinkley, director of the Eisenhower Center for American Studies and professor of history at the University of New Orleans
“The Kennedys at War is a vivid group portrait of that perennially fascinating family during the tragedy-filled years that taught its members, as John F. Kennedy himself remembered, that there was ‘nothing inevitable about us.’ The author’s convincing portrayal of the future president as a substantive as well as sardonic young man should help to rescue his reputation from the damage done by the more irresponsible revisionists.” —Geoffrey C. Ward, coauthor of The Civil War: An Illustrated History and Mark Twain: An Illustrated Biography
“A well-written, well-researched account…This is a worthy installment in the always-popular Kennedy saga.” —Publishers Weekly
“A welcome addition to a crowded field and highly recommended for anybody interested in this fascinating family.” —Amazon.com, editorial review
“An engaging and forthright biographer, Renehan is not afraid to state his opinion about his subjects…Renehan argues persuasively that Jack grew in unexpected ways from his war experiences, paving his way to the presidency. A fine addition to the Kennedy canon.” —Booklist
“A thorough and lively history of America’s first family during WWII…A strong addition, unobtrusively narrated, to a well-covered subject.” —Kirkus Reviews