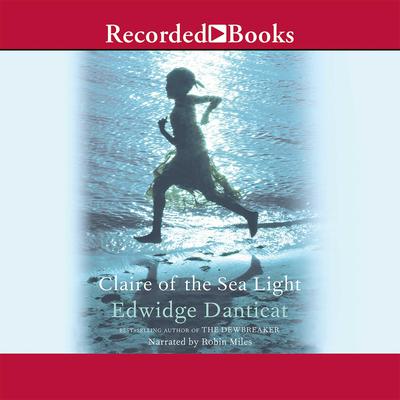 Claire of the Sea Light

MacArthur Fellowship recipient Edwidge Danticat has received a host of honors, including a National Book Critics Circle Award for Brother, I'm Dying. An undeniably affecting tale of love and heartbreak, Claire of the Sea Light takes place in a seaside town in Haiti. There, widower Nozias finally makes the gut-wrenching decision to give up his daughter Claire so she can have a better life. But when the girl goes missing, the resulting search unearths long-hidden secrets that cast a startling new light on those in town.

A San Francisco Chronicle Best Book of 2013 in Fiction

A 2014 ALA Notable Book for Adult Fiction

A Finalist for the 2014 Carnegie Medal for Literature for Fiction

MacArthur Fellowship recipient Edwidge Danticat has received a host of honors, including a National Book Critics Circle Award for Brother, I'm Dying. An undeniably affecting tale of love and heartbreak, Claire of the Sea Light takes place in a seaside town in Haiti. There, widower Nozias finally makes the gut-wrenching decision to give up his daughter Claire so she can have a better life. But when the girl goes missing, the resulting search unearths long-hidden secrets that cast a startling new light on those in town.

“The biggest questions in life flow from the pen of this brilliant novelist. In Claire of the Sea Light, Danticat folds the story into a package so preciously tight that we can tuck it in our hearts and keep it close and warm.” —Nikki Giovanni, New York Times bestselling author
“As an ardent admirer of Edwidge Danticat’s writing, I opened Claire of the Sea Light as if it were a gift. My high expectations were met, and then surpassed. The story she has given us is at every turn surprising, shimmering, deft. It is a jewel—a remarkable book, as luminous as its title.” —Ann Patchett, New York Times bestselling author
“Masterful storytelling…Chapters of the story alternate among narrators, [and] each of their stories is beautifully, unexpectedly intertwined with that of Claire and her parents. As Danticat’s narrative unspools with the swift cadence of a fable, it imparts shocking revelations about these intricately flawed characters…The unerring lyricism of Claire of the Sea Light illuminates the poignant struggle for ordinary connection and peace in a country of ravaged homes and hearts.” —Elle
“Raw, dark, poetic—Danticat at the top of her game…[She] has created a pulsing world of fictional characters—among them a radio talk-show host with ulterior motives; an undertaker turned mayor; and a prosperous local woman whose own daughter died in an accident [and] who agrees to care for Claire as her replacement child. Their haunting stories make up a web of relationships, coincidences, misunderstandings, and ambitions—a multifaceted Haitian love story in which the shimmering Caribbean is both friend and foe. Danticat is expert at subtly exploring such themes as the far-reaching consequences of poverty and the powerful bonds between parent and child. On these pages, the human heart is laid open and the secret contents of its chambers revealed in all their beauty and agony.” —O, The Oprah Magazine
“The fablelike delicacy, lyricism, and hypnotic prose of Danticat’s new novel [are] perfectly suited to its setting, the tragic and yet magical seaside town of Ville Rose…The title character is a 7-year-old girl who goes missing in the first chapter and stays missing until the very last pages, as a portrait of Ville Rose’s sometimes beautiful, sometimes brutal reality is painted and a collision of fates inches closer…There is humor here alongside grief. Danticat’s work opens itself to a broader readership through her deft intertwining of the specific and the universal…In and out of bedrooms, graveyards, restaurants and bars, even the local radio station, she creates rich and varied interior lives for her characters…Over the years, Danticat has become the bard of the Haitian diaspora. [But] this book is firmly planted in her homeland, a fictional community whose comings and goings are less connected to any earthly destination as they are to the great beyond…Fantastical, heartbreaking.” —New York Times Book Review
“A fictionalized tale that will enthrall, of Claire, who goes missing on her seventh birthday…with descriptions so vivid, you’ll imagine you’re walking down a street in the Haitian village of Ville Rose. Danticat weaves her magic as we wrestle with what’s happened to Claire, and why everybody in town [has] a secret that has to do with her.” —Ebony
“A haunting portrait of heartbreak and healing…One of Danticat’s finest novels…[She is] a powerhouse writer…Like the best works of Nobel Laureate Gabriel García Márquez and novelist Maryse Condé, Claire of the Sea Light fearlessly bends time and space, reality and fantasy. Yet the storyteller never loses control of the narrative—or our attention. And she uses fiction for spot-on social commentary about the ways in which black girls—those who go missing and those whose innocence is stolen—are often invisible even when in plain sight. In the end, this provocative fable, which plays out in a single night, delivers us back to our real worlds, safe enough but somehow touched in ways we may not fully know for days to come.” —Essence
“Gorgeous, arresting, profoundly vivid…Danticat once again tells a story that feels as mysterious and magical as a folk tale and as effective and devastating as a newsreel. Claire Limyè Lanmè (Claire of the Sea Light) is turning seven, and yet her birthday has always been marked by both death and renewal. Claire’s mother died in childbirth, and she has been raised by her fisherman father in a shack near the sea. The book begins on the morning of her birthday, before winding back to tell the story of every previous birthday, and who lived, and died, each year. For some time, Claire’s father has considered giving her [away], and the heartbreaking question of Claire’s fate adds to the novel’s suspense, as both the past, and this single day, unfold. In the meantime, Danticat paints a stunning portrait of this small Haitian town, in which the equally impossible choices of life and death play out every day.” —Publishers Weekly (starred review)
“Highly anticipated…In interlocking stories moving back and forth in time, Danticat weaves a beautifully rendered portrait of longing in the small fishing town of Ville Rose in Haiti…[Characters’] stories and lives flow beautifully one into another, all rendered in the luminous prose for which Danticat is known.” —Booklist
“Nuanced…intricate…intimate…evocative. Danticat’s prose has the shimmering simplicity of a folk tale and the same matter-of-fact acceptance of life’s cruelties and injustices. Yet despite the unsparing depiction of a corrupt society, there’s tremendous warmth in Danticat’s treatment of her characters, who are striving for human connection in a hard world. Both lyrical and clear-eyed—a rare and welcome combination.” —Kirkus Reviews