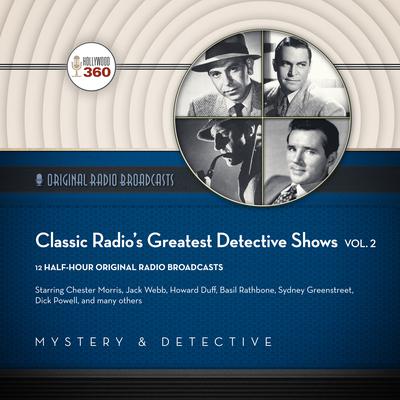 Here are twelve episodes from the greatest detective shows ever broadcast during the golden age of radio, with the legendary stars that made them great. You’ll hear Basil Rathbone as Sherlock Holmes and Nigel Bruce as Doctor Watson, Sydney Greenstreet as Nero Wolfe, Howard Duff as Sam Spade, Chester Morris as Boston Blackie, Dick Powell as Richard Diamond, and Jack Webb as Dragnet‘s Sergeant Joe Friday, plus more gumshoes like Philip Marlowe, Bulldog Drummond, Michael Shayne, and Johnny Dollar.