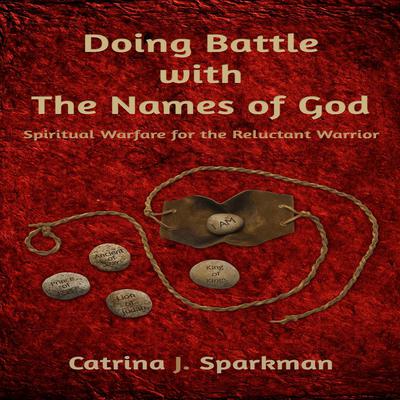 Doing Battle With the Names of God: Spiritual Warfare for the Reluctant Warrior

By Catrina Sparkman
Read by Merica A. Green

Doing Battle with the Names of God: Spiritual Warfare for the Reluctant Warrior

This book was written for every Christian who ever came into the kingdom of God and experienced a culture shock. For those that didn't know they had to fight, and for those who figured, "Yeah, I expected a fight I just didn't know the battle would be this fierce." This book is for every battle weary believer who has put down their sword. It's for every Christian that came to Christ and thought there would be love, peace, and joy in the kingdom. All of that is true, all of that, is the birthright of the believer. But there's another side of that coin, there is also a war.

―Catrina J. Sparkman, Doing Battle with the Names of God: Spiritual Warfare for the Reluctant Warrior

In Doing Battle with the Names of God: Spiritual Warfare for the Reluctant Warrior, you will follow the author on a journey through the life of David, Israel's most celebrated warrior king, who fought his most critically acclaimed battle before he was formally trained as a solider. Using the strategies and methodologies of David, the author will show you how you can gain similar victories over the spiritual giants in your own world.