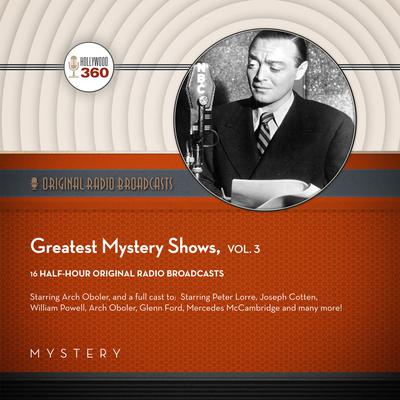 By Black Eye Entertainment
Performed by a full cast

Enjoy sixteen of the greatest mystery shows from radio’s Golden Age and the Hollywood celebrities that starred in them.

The Golden Age of radio had incredible mystery shows that kept Americans glued to their radio sets. Families gathered around their living room radios to hear their favorite Hollywood stars in spine-chilling radio mystery and horror. In this collection of sixteen episodes, you’ll hear Lights Out! with Arch Oboler; three episodes of Suspense starring Joseph Cotten, William Powell, and Herbert Marshall; Mystery in the Air starring Peter Lorre; Studio One starring Glenn Ford and Mercedes McCambridge; and many more!