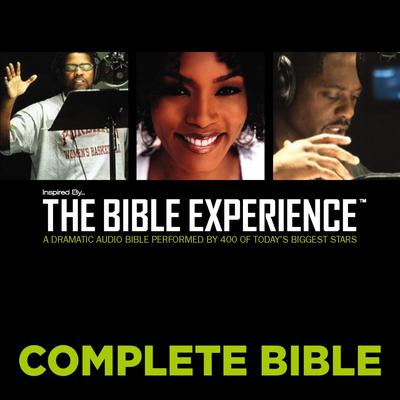 The most ambitious, critically-acclaimed presentation of the Bible ever produced, Inspired By … The Bible Experience features a star-studded cast of almost 400 black performers, including multiple Oscar, Grammy, Emmy and Golden Globe winners. The dramatic performances are set to an original musical underscore by the Prague Symphony Orchestra and Hollywood-style sound design created at Technicolor Studios.

Honors include the 2007 Audie Audiobook of the Year (the highest honor of the Audio Publisher’s Association), an AudioFile Earphones Award, and a nomination for an NAACP Image Award.

Zondervan, part of HarperCollins Christian Publishing, is a world leading Bible publisher and provider of Christian communications. For more than eighty years, Zondervan has delivered transformational Christian experiences through its bestselling Bibles, books, curriculum, academic resources, and digital products. The company’s products are sold in multiple formats, worldwide in more than sixty countries, and translated into nearly two hundred languages.