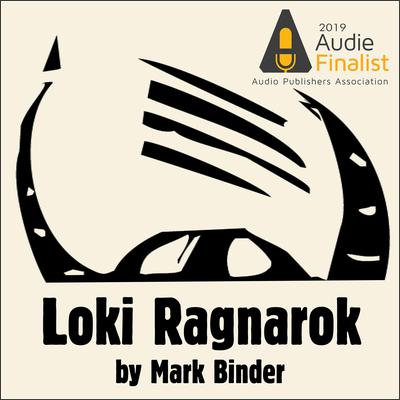 Loki Ragnarok: The Viking Armageddon retold by the trickster

In the shadow of prophecy, a family is torn asunder, leading to betrayal, torture, madness and revenge.

Nominated for 2019 Audie Audiobook for Best Original Work… The story Marvel and Disney don't want told… Based on the original Norse myths, this short epic tells the story of Ragnarok from Loki's point of view.

Odin broke into his home and kidnapped his children. Left his wife bound and gagged on the floor, where she choked and died. He had once helped them, been their friend and blood brother. In the shadow of prophecy, a family is torn asunder, leading to betrayal, torture, madness and revenge.

Told with a blend of poetry and prose, humor and horror, it offers a glimmer of understanding and compassion.

“For nearly a thousand years, the tale of Ragnarok – the Norse myth of Apocalypse – has painted Loki as a Satan-like evil. With a fast-paced blend of prose and poetry, award-winning author Mark Binder offers an epic revision of the Eddas with modern resonance.” – Duval, Between Myth, Lies, and History

“Mark Binder has a knack for blending ancient mythology with modern storytelling techniques to create a vibrant and contemporary tale.”

Mark Binder is an award-winning author and performing storyteller. LOKI RAGNAROK is a dynamic blend of prose and poetry—a brilliant and brief comic and tragic epic. This is NOT a story for children.