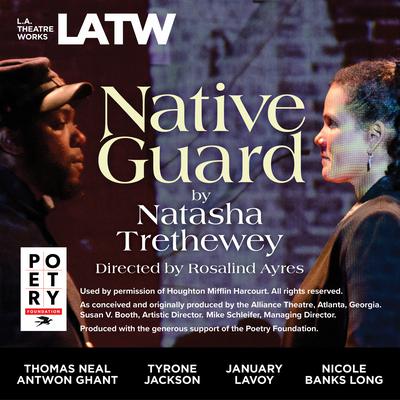 Winner of the 2007 Pulitzer Prize for Poetry

Based on Natasha Trethewey’s collection of poems, The Alliance Theatre’s production of Native Guard is both an elegy to her mother and a journey into Mississippi’s Civil War history. In poetry and song, she reflects on her mother’s passing while contemplating the former slaves who became soldiers in a regiment known as the Native Guard. Trethewey’s work was the winner of the 2007 Pulitzer Prize in Poetry.

This recording was produced with the generous support of The Poetry Foundation.

Recorded at The Invisible Studios, West Hollywood, in July of 2018.

Natasha Trethewey is a former US poet laureate and the author of five collections of poetry, as well as a book of creative nonfiction. She is currently the Board of Trustees Professor of English at Northwestern University. In 2007 she won the Pulitzer Prize in Poetry for her collection Native Guard.