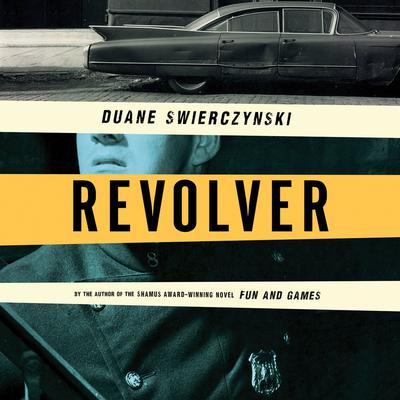 A BOOKLIST BEST BOOK OF THE YEAR * FINALIST FOR THE HAMMETT PRIZE Three generations torn apart--by bullets fired fifty years ago. Philadelphia, 1965: Two street cops--one black, one white--are gunned down in a corner bar. One of the fallen officers, Stan Walczak, leaves behind a 12-year-old boy, Jimmy. Philadelphia, 1995: Homicide detective Jim Walczak learns that his father's alleged killer, Terrill Lee Stanton, has been sprung from prison. Jim stalks the ex-con, hoping to finally learn the truth. Philadelphia, 2015: Jim's daughter Audrey, a forensic science student, re-opens her grandfather's murder for a research paper. But as Audrey digs deeper, she comes to realize that Stanton probably didn't pull the trigger--and her father may have made a horrible mistake...

Philadelphia, 1965: Two street cops--one black, one white--are gunned down in a corner bar. One of the fallen officers, Stan Walczak, leaves behind a 12-year-old boy, Jimmy.

Philadelphia, 2015: Jim's daughter Audrey, a forensic science student, re-opens her grandfather's murder for a research paper. But as Audrey digs deeper, she comes to realize that Stanton probably didn't pull the trigger--and her father may have made a horrible mistake...

Epic in scope... [and] keep[s] the reader ripping through pages. Revolver may very well be Swierczynski's strongest novel to date--and one of my favorites of 2016, so far--at least until he releases the next one. —LitReactor.com
Ambitious... This novel is dotted with fine details. —Kirkus Reviews
If you're looking for a good crime novel for your summer, this is a perfect choice... [Revolver is] gritty and gripping! —BookRiot.com
This is the first novel I've read by [Duane Swierczynski] and as soon as I finished it I went back and read three more by him. . . . Fast-moving . . . This book illuminates race relations in the '60s in Philadelphia and in the country at large. —Nancy Pearl, NPR
"Impressive, intricately constructed . . . Well sequenced to maximize suspense . . . A twist-filled saga of family loyalties and civic corruption . . . Mr. Swierczynski's innovative, life-affirming novel also affords the traditional pleasures of a police procedural, including humor. —Tom Nolan, Wall Street Journal
[A] complex whodunit... Well-defined characters and a clever mystery... Swierczynski skillfully juggles three interrelated plot lines. —Publishers Weekly
Though the multigenerational saga encompasses many decades, reaching all the way back to 1933, Swierczynski's snappy dialogue, athletic pacing and cliffhanger chapter endings make this a tight read. It contains the author's characteristic sense of humor but is also affecting with precise prose. —Shelf Awareness
Swierczynski just gets better and better . . . [A] bleak, powerful tale of corruption and the lasting effects of crime . . . Swierczynski's riskiest move yet [is] a resounding success, with each story line featuring full-blooded characters and intrigue that works both in its own right and in the larger context. —Booklist (starred review)
“It makes perfect sense to use three narrators to tell the stories of the three family members at the center of an unsolved mystery. Rick Zieff sturdily personifies Stan Walczak…John Glouchevitch stoically portrays Stan’s son…Christine Lakin enlivens the best character of the lot, Jimmy’s adoptive daughter, Aubrey, the sarcastic, tattooed black sheep of the family…In alternating chapters, the trio carries listeners through the crime’s many twists, all hinging on a family secret. Three skilled narrators bring a new meaning to the term ‘dysfunctional family.’” —AudioFile

Duane Swierczynski is the author of the Edgar-nominated and Anthony Award–winning Expiration Date. Prior entries in the Charlie Hardie series have won the Shamus Award and been nominated for Anthony, Macavity, and Barry awards; the series is now being developed by Sony Pictures Television. He currently writes the monthly comics series Judge Dredd for IDW and Bloodshot for Valiant and has written various bestselling comics series for Marvel, DC, and Dark Horse.