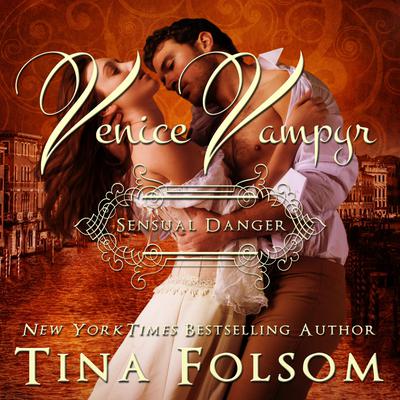 When vampire Nico purchases a house to further his fellow vampires' goal of creating a secure compound within Venice, he doesn't expect to get a headstrong wife in the bargain. He plans to send her to the mainland after their wedding night so he can continue his debauched bachelor life. _x000D_

But when he meets the unexpectedly beautiful Oriana for the first time, his plans are forgotten. However, Oriana would rather pursue her scientific research than play the submissive wife to her new husband. _x000D_

When Nico finds out that his wife has secrets that could endanger not only him, but the entire vampire population of Venice, he has to make a choice: get rid of her, or seduce her to join his side. Luckily, seduction is what Nico does best ... _x000D_

In Collaboration with Lara Adrian: The Phoenix Code

Tina Folsom is a New York Times and USA Today bestselling author. She’s always been self-published and has found tremendous success with her paranormal series, Scanguards Vampires, Venice Vampyr, and Out of Olympus, selling more than two million copies of her seventy titles (which includes titles in German, French, and Spanish) in almost four years.