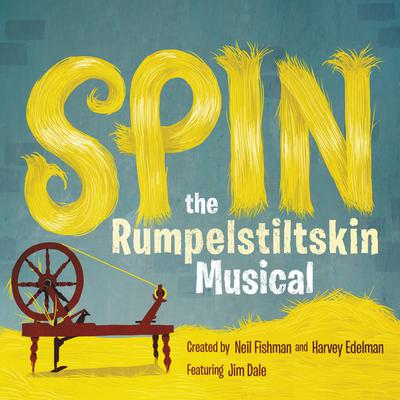 Finalist for the 2018 Voice Arts Award for Outstanding Audiobook Production

SPIN - THE AUDIOBOOK MUSICAL: A witty musical re-imagining of Grimm’s fairy tale, Rumpelstiltskin, created by musical theatre veterans, narrated by Jim Dale, and featuring a cast of Broadway musical stars. The story takes place in a Nice Little Kingdom, and ignites when a foolish miller brags that his daughter, Jane, can spin straw into gold.  Since she cannot perform such a miracle, Jane desperately enlists the powers of a magical being…Rumpelstiltskin… in exchange for a promise with dire consequences. A fun, fractured fairy tale for the entire family.

David B. Coe is winner of the William L. Crawford Award for his first series, the LonTobyn Chronicle. He is also author of the popular Winds of the Forelands series. He lives on the Cumberland Plateau in Tennessee.

Neil Fishman is a veteran composer, orchestrator, and producer. Collaborating with Mr. Edelman, he has written the music for many theatrical properties to delight adults and children of all ages. Mr. Fishman, a graduate of Juilliard Preparatory Division and Yale University, is a member of ASCAP and the Dramatists Guild.

Harvey Edelman is a veteran musical theater lyricist and book writer. His works have appeared on stage throughout the country and been part of the Macmillan Publishing Educational Series and the Headstart program. He is a member of ASCAP and the Dramatists Guild.