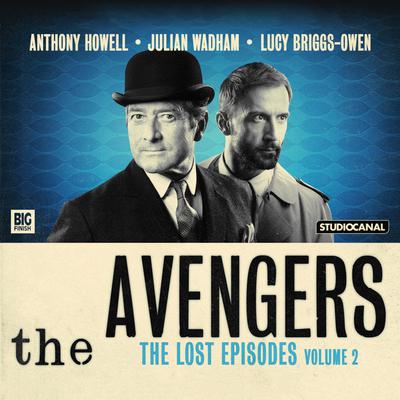 The Avengers: The Lost Episodes Volume 02

Steed and Dr Keel return to action in these four recreations of classic lost episodes.

Carol goes undercover at a hairdressing salon, which appears to be at the centre of an arson ring.

Steed takes on blackmailers who are extorting secrets from government officials.

Someone is at large in London, unwittingly carrying a radioactive isotope.

Dr Keel is framed for murder, and Steed investigates a dance school.

Peter Ling (1926–2006) was a British writer best known for his work in television. He co-created the soap opera Crossroads and wrote for such programs as Doctor Who, No Hiding Place, and The Avengers. He is also the author of several novels, various comic strips, and some songs.

Dennis Spooner (1932–1986) was an English television writer and a script editor for Doctor Who. He was known primarily for his programs about fictional spies and his work in children’s television in the 1960s.