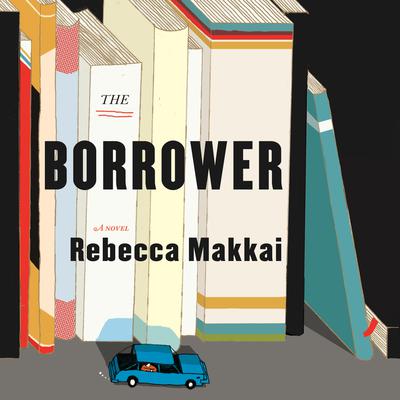 Lucy Hull, a young children's librarian, finds herself both kidnapper and kidnapped when her favorite patron, ten-year-old Ian, runs away from home. The odd pair embarks on a crazy road trip from Missouri to Vermont, with ferrets, an inconvenient boyfrien

Lucy Hull, a young children's librarian, finds herself both kidnapper and kidnapped when her favorite patron, ten-year-old Ian, runs away from home. The odd pair embarks on a crazy road trip from Missouri to Vermont, with ferrets, an inconvenient boyfrien

“A splendid first novel that cleverly weaves telling references to children’s books into her whimsically patchwork plot. Larger-than-life characters and an element of the picaresque add to the delights.” —Booklist (starred review)
“How could any [one] of any age resist Rebecca Makkai’s charming The Borrower?” —O, The Oprah Magazine
“Smart, literate, and refreshingly unsentimental.” —Kirkus Reviews
“Makkai is clearly a lover of the public book-lending institution. Her careful, attentive approach seamlessly weaves literary lore into her unusual and touching story of a librarian fighting for social liberty and freedom of expression.” —Washington Post
“This comical and touching book strikes a nice balance between literary artistry and gripping storytelling and offers a contemporary take on the classic ‘journey of discovery’…Right up to the book’s satisfying and well-plotted ending, Makkai shows us that even though the stories we are told as children are often fount to betray us as mere fantasy, there might still be some wisdom in the one of their most common and simple morals: Be true to yourself.” —Daily Beast
“In the hilariously off-kilter world Makkai creates, it makes perfect sense that 26-year-old children’s librarian Lucy Hull and her favorite reading-obsessed patron, 10-year-old Ian Drake, should ‘kidnap’ each other and take a loopy road trip. Clever riffs on classic kid lit pepper the sparkling prose, making this first novel a captivating read.” —Parade Magazine
“A lively, lovely read that delicately weaves together social activism, literary culture, and the quintessential road trip motif into a single solid adventure tale…Reading The Borrower is like taking a blissfully nostalgic journey into the bookshelves of American childhood.” —Wall Street Journal
“Poignant…Every conflicted word Lucy utters in Makkai’s probing novel reminds us that literature matters because it helps us discover ourselves while exploring the worlds of others.” —Chicago Tribune
“An appealing, nonromantic love story about an unexpected pairing—and a surprisingly moving one.” —New York Times

Rebecca Makkai is the author of The Borrower, The Hundred-Year House, which won the Novel of the Year Award from the Chicago Writers Association, and Music for Wartime. Her work has appeared in The Best American Short Stories, Harper’s, and Tin House, among others.