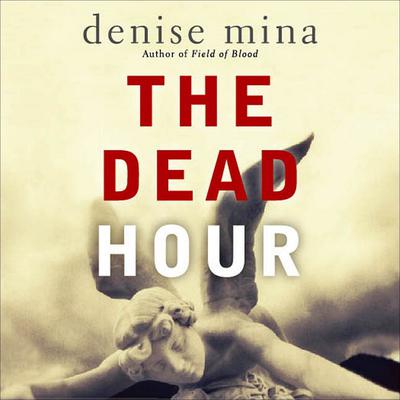 The Dead Hour: A Novel

In the brilliant sequel to Field of Blood, reporter Paddy Meehan is riding high on the success of solving the Brian Wilcox case. Then an encounter with a mysterious blonde who later turns up dead draws Paddy into a web of violence and greed.

In the brilliant sequel to Field of Blood, reporter Paddy Meehan is riding high on the success of solving the Brian Wilcox case. Then an encounter with a mysterious blonde who later turns up dead draws Paddy into a web of violence and greed.

“Surely Paddy Meehan is the most unlikely, and most realistic, investigator in recent crime fiction. And The Dead Hour is arguably the most gripping, surprising, and satisfying thriller in many a season. Ms. Mina gives a reader everything from grim deeds and grisly forensics to cutthroat office politics, sharp humor, warm family scenes, and earthly sex. She can show as much with a raised eyebrow as with an outright threat…The Dead Hour is some kind of magnificent.” —Wall Street Journal
“Denise Mina has made Paddy smart, feisty, hot-blooded, and guilty-stricken, a riveting creature of her time and place. Ms. Mina writes inviting, colorful novels that happen to involve some degree of chicanery…She is on footing with Ian Rankin and Peter Robinson with this book.” —New York Times
“Her plotting skills are top-drawer, but it’s in character description where Mina combines a painter’s eye with a social worker’s keen perspective.” —Ms.
“Gloriously visceral…The Dead Hour showcases the author in peak form as she continues the story of her young newspaper journalist Paddy Meehan…Mina excels at narrative and social commentary.” —Newsday
“The Dead Hour is an intense and entertaining work of crime fiction that feels so real it’ll leave dirt underneath the reader’s fingernails. And Paddy Meehan is a brilliant auctorial concoction.” —Denver Post
“Paddy Meehan is the anti-Nancy Drew…A winningly breezy sleuth-meets reporter series.” —USA Today
“Brutally funny.” —People
“Paddy’s company is always a pleasure. And Mina’s narrative instincts are so strong, you end up savoring the wait [to discover the connections between characters].” —Philadelphia Inquirer
“Subtle and shrewd.” —Chicago Tribune
“Mina, a colorful, muscular writer, has got a real winner with Paddy, and readers will hope she doesn’t grow up too fast.” —Portsmouth Herald
“If Denise Mina isn’t careful, she’s going to undermine her status as a successful thriller writer by creating characters we would care about in any old situation. In Paddy Meehan, Mina has created a unique character who’s a swirling mass of disappointment, ambition, anger, curiosity, sweetness, rudeness, and determination: in short, a real human being.” —Providence Journal
“Mina has taken a tired and often complacent genre and, while hardly subverting it, given it new life.” —Times Literary Supplement
“Mina has succeeded in making her Paddy an original, a feisty little creature.” —Washington Times
“Hopefully this won’t be the last breathless adventure for one of the most entertaining reporter sleuths in recent crime fiction.” —Publishers Weekly (starred review)

Denise Mina is the author of mystery, horror, and historical fiction. She has written novels for four series, as well as stand-alone novels and graphic novels. The Field of Blood won the Barry Award for Best British Crime Novel, The Long Drop won the Gordon Burn Prize, and Garnethill.